Can eCOA be used in Pediatric Clinical Trials?

Some clinical trials study pediatric populations, which requires the child or a parent / caregiver to complete a diary regarding the child's well being. Is it possible or even regulator-accepted to perform pediatric clinical trials using eCOA? Dr. Jill Platko explains in this short video.

Dr. Jill V. Platko is a Senior Scientific Advisor and expert in electronic Clinical Outcome Assessment (eCOA) systems at CRF Health.  She has more than 16 years of experience in biology-based scientific research and has lead projects for renowned institutions such as: Cornell University, Genome Therapeutics Corporation, Whitehead Institute Center for Genome Research, and Massachusetts General Hospital.

Before joining CRF Health, Dr. Platko was an Associate Director at Covance within the Global Health Economic and Outcomes Research group for 2 years. Prior to that, she was a Senior Scientific Advisor at PHT Corporation.  In these roles, she provided scientific guidance and review of clinical trial protocols to determine eCOA data collection design and project complexities. Before joining PHT in 2007, Dr. Platko served as Lead Business Analyst on the Autism Consortium Informatics Team and DNA Laboratory Manager within the Psychiatric and Neurodevelopmental Genetics Unit at Massachusetts General Hospital.  In these roles, Dr. Platko was responsible for gathering and communicating data and process requirements from scientists to technologists, a practice that she continues at CRF Health.

Dr. Platko completed her PhD in Genetics and Development at Cornell University, and she received a BS in Biology from the State University of New York at Albany.

So the sponsor is looking for a solution that’s easy to use. And sometimes different populations have different requirements that are gonna make it easy to use.

And one of the big ones is the paediatric population. And in fact, ah, within a paediatric population, you know, you call it paediatric—paediatric ranges from infancy to age 18. That’s— Developmentally that’s a big range. And so you do have to kind of break that down, and there’s even a guidance about breaking down paediatric populations and what each of these age groups can kind of handle and what would be recommended for them. So the young—the—the really young children, ah, the infants and the one- and two-years-olds, they’re never gonna touch a diary. They’re not even gonna answer questions. That’s gonna be a parent observing and reporting from their perspective what they observe. But at some point, maybe around 6 years old, a child is cognizant enough of their own internal workings that they can actually answer questions. And at that point then, the diary is completed by the parent.

But the parent is asking the child the question and then simply recording the responses. That’s very different from an observer, they’re not acting as an observer. They’re simply acting as an in-between to get the data recorded. And then as the child gets older to say maybe a 9-year-old, they can do the diary themselves.

So one of the things we do is, those are general kind of age ranges, but different indications are going to shift that development staging differently. And so in some indications, a ten-year-old isn’t really going to be cognitively able to ah, enter the information. So what we can have is something that is sometimes called the caregiver option. And in that case, it basically records who tapped the buttons. The questions are the same, and they are meant to be answered by the subject, by the child. But who enters that data, taps the button, may alter. And so what we are concerned with is capturing the information about who actually tapped the buttons. And if that’s the caregiver, then we need to know that so that that data can be considered when they go to do the analysis.

But to shift focus for a moment, that caregiver option can also work with an elderly or ah, disabled population as well. So somebody who is cognitively able to answer questions but not physically able to interact with the device, that’s where you can have that kind of caregiver option. Ah, that allows a lot of flexibility within the solution and it’s something we think about. 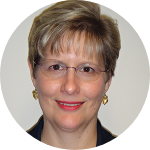 Dr. Jill V. Platko is a Senior Scientific Advisor at CRF Health. She has over 16 years of experience in biology-based scientific research and has led projects for renowned institutions such as: Cornell University, Genome Therapeutics Corporation, Whitehead Institute Center for Genome Research, & Massachusetts General Hospital. Dr. Platko completed her PhD in Genetics and Development at Cornell University, and she received a BS in Biology from the State University of New York at Albany. 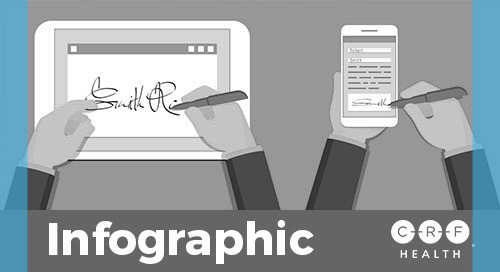 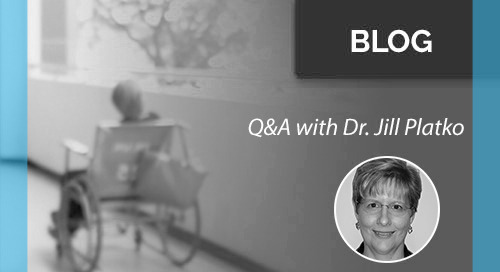 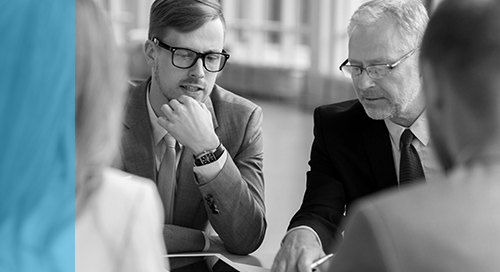 Become a CRO partner today. Sponsors what to know what your competitive edge is, so let's show them. We'll make sure you are distinguished and trusted for delivering across the Signant portfolio. 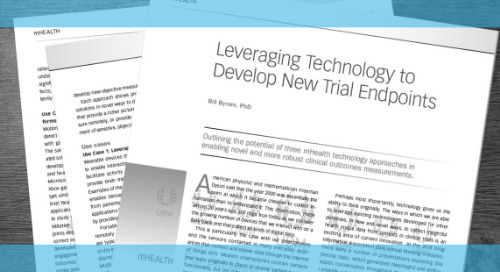 Technology is enabling us to provide richer insights and potentially measure new meaningful constructs in clinical trials that we have been unable to assess robustly in the past. 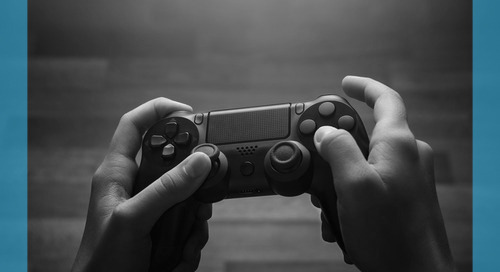 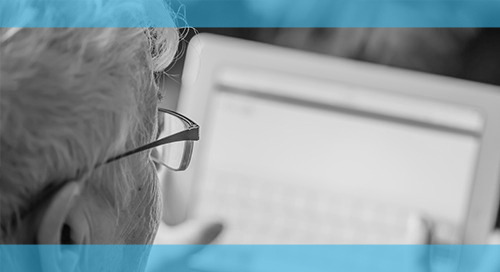 2:38
Making eCOA Accessible for All Populations

Elderly, children, people with disabilities, and everyone in between can use eCOA more effectively than paper in a clinical trial. Jery Grupp discusses why going electronic is preferred by sponsors. 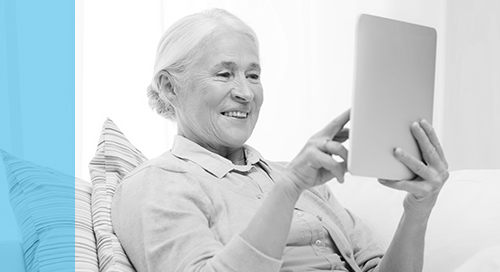 eCOA and Older Users: Users Prove that Age is Just a Number

This document will set out CRF Health’s recommendations, provide an overview of best practices for eCOA in older users and offer considerations for implementation. 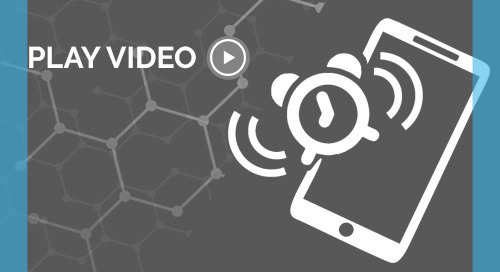 Dr. Jill Platko discusses why reminders and alarms are important for the simplest and most complex clinical trials, and how they can be used for optimal subject compliance. 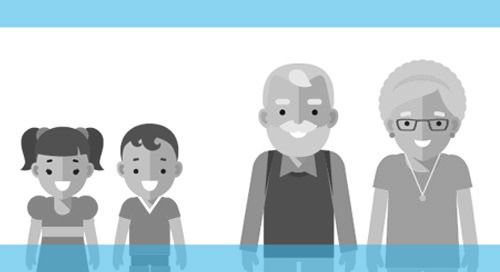 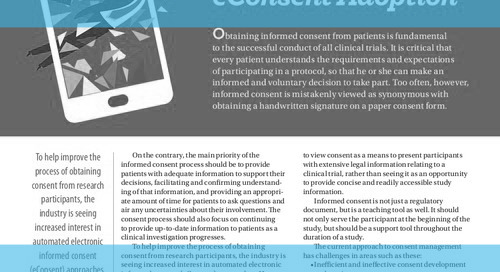 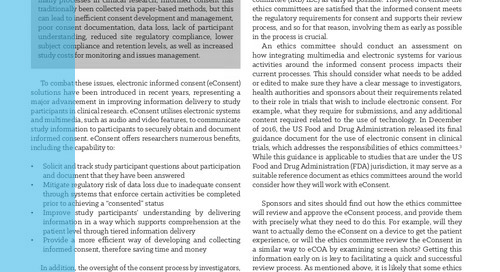 In Pursuit of eConsent: Best Practice Recommendations for Successful Integration

Provided by The Journal for Clinical Studies - Original at https://issuu.com/mark123/docs/jcs_volume_9_2_web/58 For more information about electronic informed consent please visit www.crfhealth.com 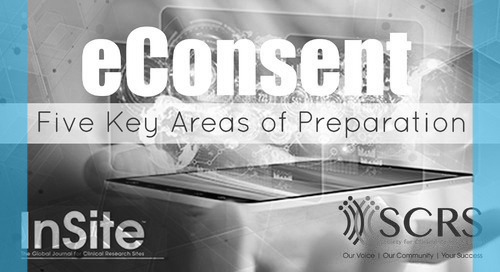 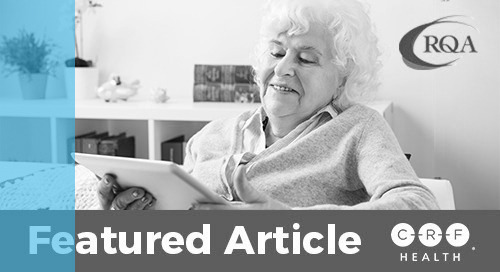 Deciding to participate in a clinical trial is not risk-free for anyone. This article explores how to best support patients during the informed consent process (ICP) with eConsent. 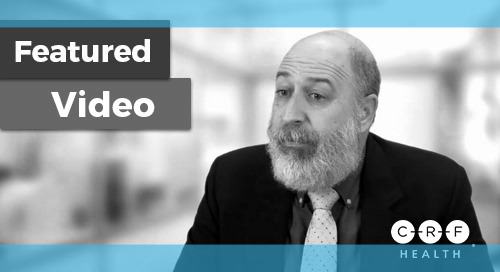 2:53
How Does eCOA Help Retain Subjects? 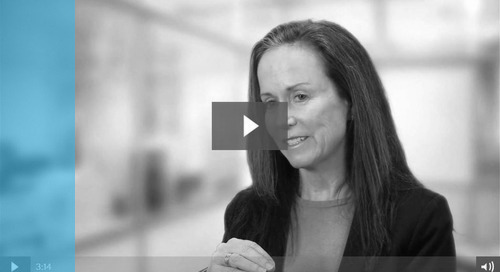 When designing an informed consent, it's extremely important to consider the participants using it. Specifically, the consent should be created in a language that its primary audience will understand. 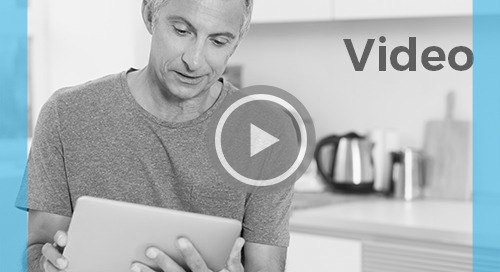 2:45
Can Seniors Use eConsent?
Watch Video 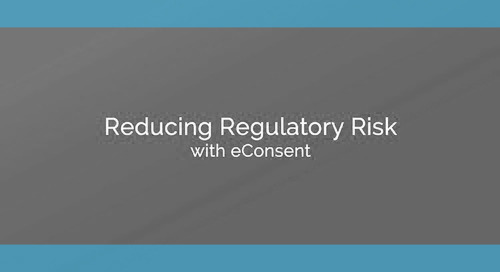 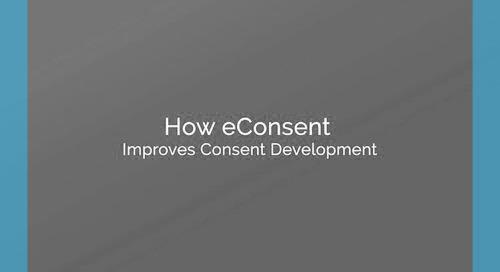 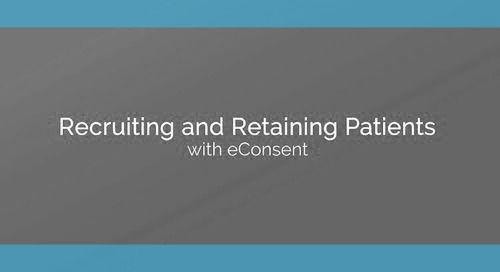 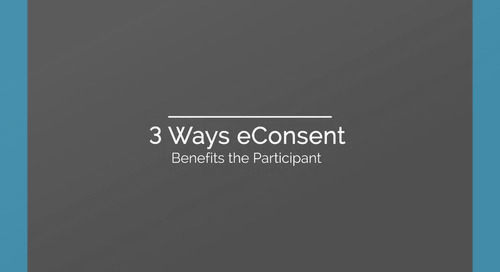